National Comission on the Status of Women observes the 16 Days of Activism every year, an international campaign that launched in 1991 against gender-based violence. It starts from the International Day for Elimination of Violence Against Women on 25th of November up until Human Rights Day on December 10th. The Campaigns’ main objective is to raise awareness of the violence and abuse faced by women, and create pathways of change to rid the society of this plight.

Last year, in 2021, the campaign focused on domestic violence in the world of work. Like every year, the NCSW actively engaged with a plethora of stakeholders to mark 16 Days of Activism with solidarity and enthusiasm in order to spread awareness and combat violence faced by women in the country.

NCSW launched the 16 Days of Activism campaign in November from the Kashmir refugee camp in Muzafarabad. This event helped shed a spotlight to the hardships faced by women across the Line of Control which became a call for solidarity and sisterhood. On November 23rd, an MoU was signed between NCSW and the Legal Aid Society in which 9 distinct animated films in 72 regional languages would be launched during the 16 Days of Activism in order to shed light on women’s inheritance rights. Academy Award Winner Sharmeen Obaid-Chinnoy played an active role in turning women’s laws into content for the entire society to be viewed and shared. 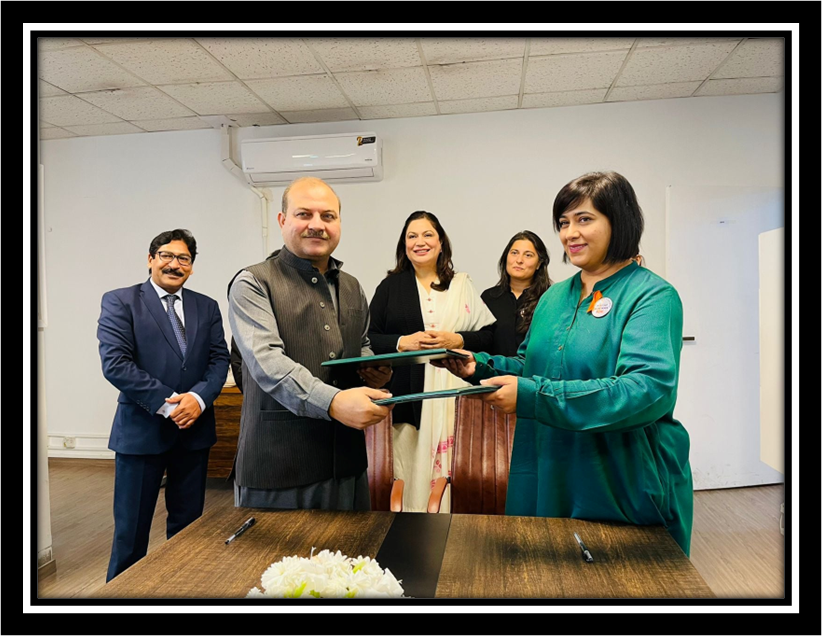 In collaboration with the Center for Excellence in Journalism (CEJ) and UNFPA, an event was organized on November 25th, to launch the National Media Fellowship on violence against women and child marriage in Karachi. The program focused upon gender sensitive reporting in the nation. This media fellowship was inaugurated by Chief Guest Governor of Sindh, Imran Ismail. The Governor of Sindh also announced financial aid for the women prisoners released.

An art exhibition showcasing 104 pieces made by female prisoners from Karachi Central Jail was showcased in collaboration with the Committee for Welfare of Prisoners in Sindh. The exhibition was inaugurated by Senior Social activist and classical dancer Ms. Sheema Kirmani. This program was attended by Parliamentarians, civil society representatives, donor agencies and the media.

On November 29th, the 16 Days of Activism was kickstarted in Khyber Pakhtunkhwa (KP) in the KP assembly in which Chairperson NCSW was invited by Speaker of the Assembly, Mushtaq Ghani. Challenges faced by the women in the provinces and current steps being taken by the Provincial Government was deliberated upon.

A Signature Campaign was launched by students, political leaders and civil society in Fatima Jinnah Women’s University of Rawalpindi on November 30th. In order to get the campaign’s agenda and focus within the multiple spheres of society, this event took place through Member Parliament Farah Agha, Member National Assembly Dr. Nausheen Hamid and Vice Chairperson Women’s University.

On December 2nd, an enlightening event was organized by the Women’s Rights Association Pakistan, Violence Against Women Centre, Bardasht and 16 Days of Committee Members from South Punjab in Multan. Challenges and opportunities regarding violence against women in the country were thoroughly discussed through a strategic vision. The program was attended relevant community members including by MPAs, city administration and civil society.

The campaign, on December 3rd, took a turn towards Lahore at Alhamra Arts Council where there was a mela of women entrepreneurs, poster exhibitions, debates and plays by students in the city. This event was made even more successful with the joint efforts of civil society, Women Chambers, relevant Government Departments and Parliamentarians.

On December 3rd, a seminar was held in Kinnaird College Lahore, one of the oldest and prestigious institution of Lahore, on the topic of ending gender-based violence. Discussions and debates were held about the issues faced by women and the importance of taking immediate initiatives and steps to ease the plight of women were highlighted.

In collaboration with the Bardasht team, on December 6th, Cycling Sunday was held in Islamabad to spread awareness about 16 Days of Activism and gender-based violence especially issues pertaining to domestic violence. This exhilarating activity was conducted under the leadership of Haji Asif and Dr. Zubair. Participants wore orange hats, scarves and held banners in order to show solidarity with the campaign while during the cycling event.

On December 7th in Ramada Hotel, in collaboration with Group Development Pakistan, a joint consultation to foster dialogue between women lawyers, law students and representatives from the bar associations & bar councils, to discuss how to increase women’s representation in the justice sector to end violence against women. After intense deliberations a charter of demands was prepared by different groups in the audience and presented to NCSW and Chief Guest Qasim Suri.

NCSW and The UN Women Pakistan, on December 7th, visited the Gender Protection Unit of Islamabad Police wherein steps currently being taken for protection of women and future plans were thoroughly discussed. The 8090 phone service to report violence against women was also deliberated upon holistically.

On December 8th NCSW’s report on ‘Impact of COVID 19 on Women’ in collaboration with UNFPA was launched. The launch was attended by Nausheen Hamid, Parliamentary Secretary for Health and Dr. Bakhtior Kadirov, Country head of UNFPA, with Federal Minister of Human Rights, Honorable Shireen Mazari, as a Chief Guest. This report outlined the background of the pandemic, the impact of the most vulnerable of the nation-women, and steps needed to be taken to ease their hardships.

On December 10th, with the support of EHSAAS program, an event was conducted at Quaid-e-Azam University to discuss the essence of 16 Days of Activism with active participation of Senator Sania Nishtar. The students engaged in discussions related to domestic violence against women in relation to work place, and an exchange of ideas and steps needed to tackle this challenge took place.

In order to collect consistent and reliable gender related data on a national scale, the National Gender Data Portal was launched with the support of UN Women. The data actively received from all provinces of Pakistan as well as AJ&K, and GB will help in making well researched policies as well as fulfill international promises made by the nation.

On December 13th in Hunza, a meeting was held with Women Association of Aliabad Bazar. Issues regarding basic facilities like water, electricity, equipment were directly discussed with women groups in local communities. Problems being faced by women were taken note of in order to make efforts to create proposals for their ease and empowerment. 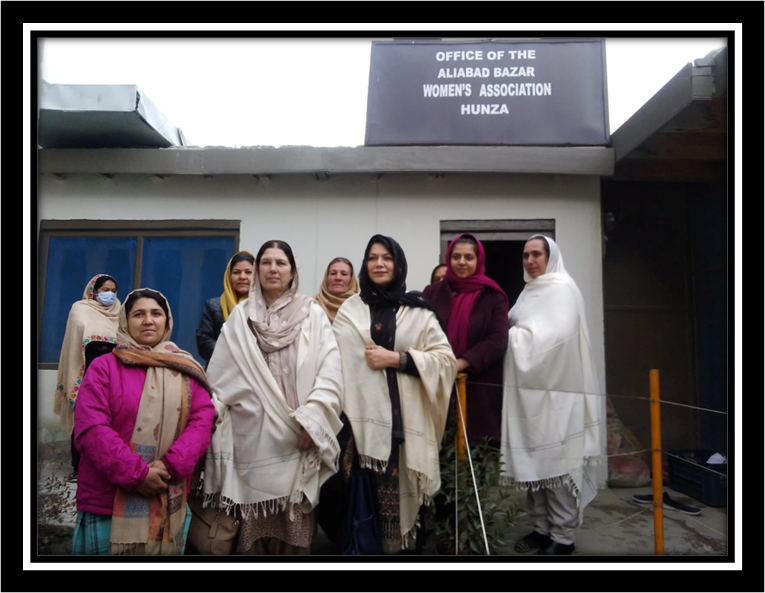 On December 14th, 16 Days of Activism was celebrated in Gilgit Baltistan with an event organized by AKRSP, IFAD and Bardasht and Chairperson NCSW present as a Chief Guest. The program consisted of local dances, taekwondo, and multiple competitions as well as a tour of the vegetables and crafts market by the local women. A charter of demands was presented at the event by the participants for the empowerment of young girls and women in the area.

16 Days of Activism was celebrated in Gilgit Baltistan

A pertinent event, with support from International Rescue Committee, regarding the economic empowerment of women was held at the Governor House in Lahore on December 17th. The event consisted of participants from Civil Society, Government Departments, Women Chambers and Parliamentarians. The chief guest on this event was Governor Chaudhry Sarwar and Mr. William Makaneole as a guest of honor. On a billboard, all participants recorded their pledges in which women can be empowered economically.